The Realm WAR page for Europe was recently restored to a place where it works so I could look up Destro that appeared in my combat logs.

Below is the RR distribution of 100 random Destro I have fought on Karak Norn. There will be some error from only taking 100 ppl, and some will be alts, but it gives a good indication of where it's at. 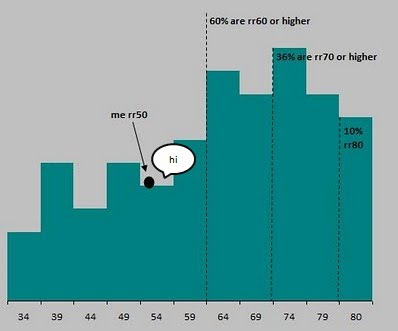